Average salary for an astronaut 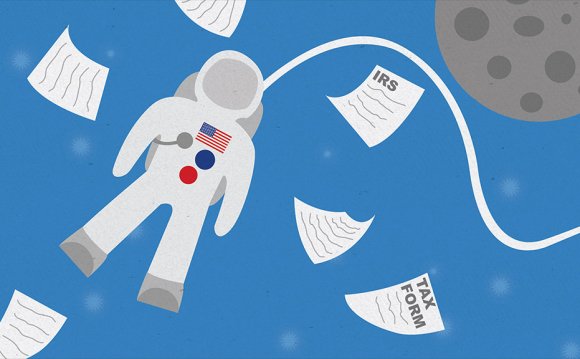 Salary: In Canada, astronauts are government employees and their pay starts at about $50, 000 a year. Astronauts can earn as much as $150, 000, depending on their experience, said recently retired Canadian astronaut Chris Hadfield. For most astronauts, though, it’s not about the money. “At no point in my entire career of trying to be an astronaut did I ever ask how much would I get paid. That was never the point, ” Mr. Hadfield said.

Education: Mr. Hadfield said most astronauts have extensive educations and require at least a master’s degree in a technical area such as engineering or science. That said, it’s common for them to have a PhD. He has a bachelor’s degree in mechanical engineering from the Royal Military College in Kingston, Ont., did postgraduate research at the University of Waterloo, and received his master of science in aviation systems at the University of Tennessee. He also trained as a fighter pilot of CF-5s and CF-18s in the 1980s.

The role: The job is to fly into space to run experiments and explore the atmosphere, but there is so much more to it, Mr. Hadfield said. “The real meat and potatoes of the job is training, simulation, preparation and support of space flight, ” he said in an interview at the recent XL Leadership Summit in Vancouver. In his two decades as an astronaut, Mr. Hadfield said he spent a total of 20 days in space across a handful of missions, as well as about five months living on the space station. “A huge portion of the job is on Earth, not in space.”

By the numbers: Since the Canadian Astronaut Program was established in 1983, 12 Canadians have been selected to become astronauts, according to the Canadian Space Agency. Marc Garneau became the first Canadian in space in October, 1984.

Job prospects: “Terrible, ” Mr. Hadfield said. When he was hired, Mr. Hadfield said there were 5, 330 applicants vying for just four jobs. “It’s one of the rarest careers in the world. Far more people make it to the NHL, ” he said.

Challenges: It looks like play, but it’s all work. “An unending bottomless and topless pillar of work, ” is how Mr. Hadfield describes it. It means working seven days a week and spending chunks of your time away from home, with no guarantee that you’ll ever get to space. There can also be some long-term physical effects to the job, particularly when astronauts spend time in space. Mr. Hadfield said he lost bone density in his hips and had osteoporosis. “I have older man’s hips than I would have had if I didn’t live five months up there, ” he said.

Why they do it: People are often inspired by movies, science fiction or by the “endless lure of the universe, ” Mr. Hadfield said. “I decided [I wanted to be an astronaut] on July 20, 1969, ” when Neil Armstrong and Buzz Aldrin walked on the moon. He was nine years old. He didn’t fly in space until he was 35. “It was one of the very few things in life that turned out to be better than you dreamed it, ” he said. “It’s a thrilling, exciting and inspiring job for most of us. It’s very addictive.”

Misconceptions: “It’s nothing like Gravity, ” he said, referring to the latest Hollywood movie staring George Clooney and Sandra Bullock. While he claims to like the film, he refers to it as “so far from the truth.”

Give us the scoop: Are you an astronaut in Canada or trying to be? Write a note in the comments area of this story or e-mail your comment to careerquestion@globeandmail.com and let us know what you would tell others who are interested in the profession.

Average Salary of an Industrial Engineer with a Bachelors ...

What’s the Average Salary for a Digital Designer or ...

The Average Salary and Common Jobs for the Certified ...