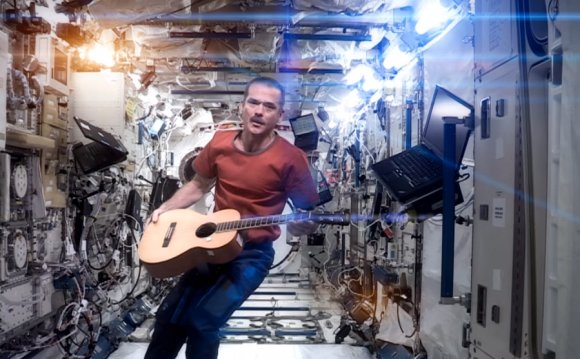 An astronaut is a person trained to pilot a spacecraft, travel in a spacecraft or work in space. The word first appeared in the English language in 1929, probably in science fiction, but it wasn't commonly used until December 1958. That's when the newly formed National Aeronautics and Space Administration (NASA) adopted the word "astronaut" as the name for the men (and eventually women) it would train to compete in the space race.

According to Allen O. Gamble, manpower director at NASA from 1958 to 1964, astronaut was not NASA's first choice. Program officials preferred Mercury, in reference to the messenger of the Roman gods, but the name had already been adopted for the first American manned spaceflight program. Gamble and his colleagues continued to brainstorm, and his own words capture the thought process they used:

With our best name so far already taken, out came the dictionaries and thesauruses. Someone found that the term aeronaut, referring to those who ride in balloons and other lighter-than-air vehicles, was derived from "sailor in the air." From this we arrived at astronaut, meaning "sailor among the stars."

The Soviet space agency came up with a similar term - cosmonaut - at about the same time. In many ways, this game of vocabulary was as much a part of the space race as anything else. Nikita Khrushchev, the Soviet premier at the time, knew the power of propaganda better than anyone, so he wanted a name that was both descriptive and inspirational. Some argue that cosmonaut, which means "sailor of the universe, " is better than astronaut because humans have not actually traveled to the stars. Still, the name seemed right to NASA, and it stuck. Today, the two words are essentially synonymous in terms of what they imply about training and duties.

Although most people think of the U.S. or Russia when it comes to space and spacefarers, China has also successfully launched manned spacecraft. And several countries have contributed personnel to assist the U.S., Russia and China in their space programs. Westerners refer to Chinese astronauts as taikonauts, after tai kong, which means "great emptiness." In China, people refer to astronauts as yu háng yuán. And the French use the term astronaute or the more old-fashioned spationaute.

In the 1960s, the term astronaut was used briefly outside of NASA. The Department of Defense awarded the rating of astronaut to military and civilian pilots who flew aircraft higher than 50 miles (81 kilometers). Seven pilots received this rating for flights in the X-15 rocket plane, a craft that was launched from a B-52 aircraft at about 45, 000 feet (13, 716 meters) and attained speeds near 500 miles per hour (805 kilometers per hour). The X-15 contributed to the development of the Mercury, Gemini and Apollo piloted spaceflight programs as well as the space shuttle program. It also contributed Neil Armstrong, who would go on to become the first human to walk on the moon. The program's final flight was Oct. 24, 1968.

(The Real Meaning) of THE ALL SEEING EYE