Life as an astronaut 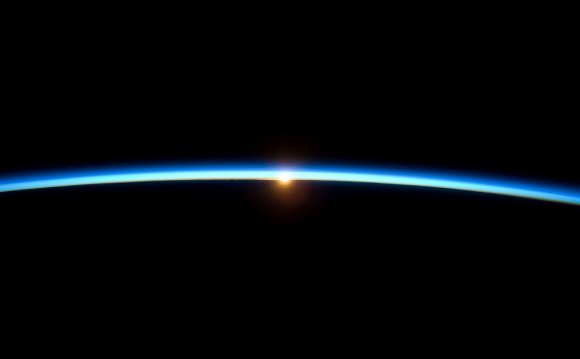 The concept of a "day" aboard an orbiting spacecraft is a little abstract: every 24 hours, astronauts on board the ISS will experience 15 dawns as the station speeds around the world. But human beings have been conditioned by millions of years of evolution to a 24-hour daily cycle, and so-called circadian rhythms of waking and sleeping are hard-wired into our brains and bodies. So astronauts work and sleep to fixed schedules that match these ancient rhythms. Any other arrangement would soon have crews living in a state of permanent jet lag.

The crew are awoken by an alarm each "morning" - perhaps interrupting the dreams of weightlessness that many astronauts experience - and stir out of their beds to begin their day. Most astronauts would have hooked their sleeping bags to a wall the night before. Sleep spots need to be carefully chosen - somewhere in line with an ventilator fan is essential. The airflow may make for a draughty night's sleep but warm air does not rise in space so astronauts in badly-ventilated sections end up surrounded by a bubble of their own exhaled carbon dioxide. The result is oxygen starvation: at best, they will wake up with a splitting headache, gasping for air...

A few brave souls try floating free, but their sleep is likely to be interrupted by collision with an air filter that is trying to suck them into its grill. Along with other station equipment, all these fans and air filters make for a noisy night - some astronauts have compared duty on a space station to living inside a giant vacuum cleaner - so some of the crew prefer to sleep with earplugs. But most eventually acclimatise to the noise, just as people on Earth get used to living on a main road. The background sound of these systems dedicated to keeping them alive actually seems reassuring.

Once stirred, the astronauts tend to adopt a foetus-like posture as they move weightlessly about the station. Sometimes referred to unflatteringly as the "simian hunch", it seems to be the natural human attitude in microgravity; perhaps it really is an echo of the weightless months that every growing embryo spends floating in its mother's womb.

For the men on board, wet shaving remains a laborious task. Surface tension generally keeps water and shaving cream stuck to an astronaut's face, while cream and stubble stick to the razor blade until wiped on a towel which is then rolled up to prevent the deposits escaping. Electric shaving is also possible, although it has to be done next to a suction fan to ensure the hairs don't float away. Many male astronauts prefer to shave as little as possible, and all agree that it's one area in which their female colleagues have all the advantages.

Then comes the day's first of three meals. Space food has vastly improved in taste and variety since the purely freeze-dried days of the Apollo missions. But space meals are prepared and eaten under the same basic restrictions: food and drink has to be somehow confined, or else it will wander off around the station. This is obviously messy and unhygienic; but if free-falling food gets into station equipment, it can also be dangerous. So drinks and soup are served in plastic bags and sipped with straws. But with a little care, astronauts can eat more solid dishes with a knife and fork - magnets keep the utensils from floating away from the dining table. Prolonged microgravity dulls tastebuds, so spicy food is usually a crew favourite.

After eating, astronauts settle down to the assigned tasks of the day, either supervising experiments or performing routine maintenance on station equipment. It takes a complex array of machinery to keep people alive and well in orbit. Daily, each human breathes the equivalent of 0.9 kg of liquid oxygen - enough air to fill a 3.5 cubic metre room - and drinks a total of 2.7 kg of water. To minimize on resupply needs, the ISS life-support systems are designed to recycle as much as possible. Waste water from urine and moisture condensed from the air is either purified and reused direct, or broken down by electrolysis to provide fresh oxygen. Carbon dioxide 'scrubbers' chemically remove that toxic gas from the air.

One substance that is not recycled on ISS is solid human waste: it is collected, compressed and stored for disposal. The space toilet that does the collecting has a somewhat intimidating appearance. But it is a huge improvement on the sanitary arrangements that earlier astronauts had to endure. When power failures on Mir forced cosmonauts to fall back on emergency plastic bags, morale plummeted until their orbiting "convenience" was back on line.

An Astronaut’s Guide to Life on Earth

Q&A: Chris Hadfield on "An Astronaut’s Guide to Life on ...