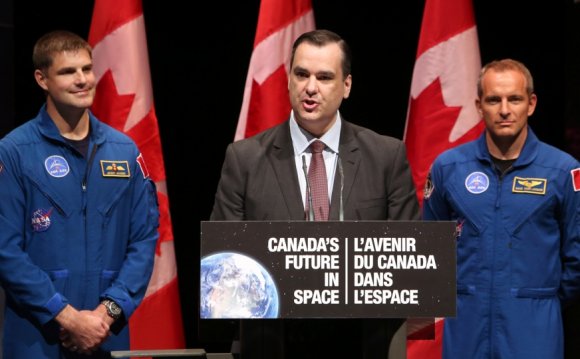 The Canadian Astronaut Program was established under the management of the National Research Council of Canada in 1983, when the United States invited Canada to fly an astronaut on the Space Shuttle. This invitation led to the creation of a permanent corps of Canadian astronauts to coordinate and conduct Canadian experiments in space.

In 1989, the Canadian Space Agency (CSA) was established as an independent government agency to deal with all Canadian matters relating to space, including space exploration, remote sensing, and satellite communication. The Canadian Astronaut Program was included in this amalgamation.

In the summer of 1992, Roberta Bondar and Ken Money both left the program to return to their research activities. Mike McKay resigned in early 1995, and Dave Williams retired from the Astronaut Corps on March 31, 2008. Marc Garneau was appointed Executive Vice-President of the Canadian Space Agency on February 1, 2001, and became President on November 22 of the same year. He left the Agency on November 28, 2005. On September 1, 2008, Steve MacLean was appointed President of the Canadian Space Agency. MacLean, Julie Payette and Chris Hadfield retired from the CSA in 2013.

In March 2008, the Canadian Space Agency launched a new recruitment campaign. Once again, a large number of Canadians responded. Over 5, 300 applications were received. In May 2009, following a lengthy selection process that took about a year, Jeremy Hansen and David Saint-Jacques were the two candidates chosen and are CSA's current astronauts.

Since 1984, when Marc Garneau became the first Canadian in space, eight Canadians have flown on NASA Space Shuttles and on Russian Soyuz rocket in 16 space missions.