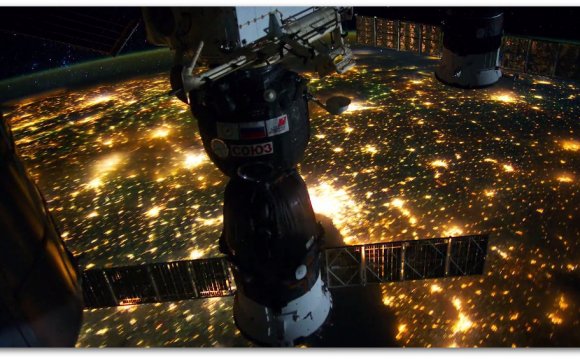 For a long time, a popular answer for kids when asked what they want to be when they grow up was “astronaut.” Actually, for a long time, that was a popular dream for many adults, too. But for whatever reasons, be they the dangers of the job or the downsizing of the space program or a general decrease in excitement and hope for planetary exploration and travel, there are far fewer children today looking at NASA as a desired workplace than when we or our parents were young., astronaut wasn’t even in the top ten coveted jobs.

Well, in the past couple years, the idea of space exploration has come back into favor, with serious plans to get our asses to Mars starting to turn things back around. And the popularity of the new movie The Martian is adding to this revitalized interest in NASA and the possibility for missions to go where no man has gone before (as, the movie is a big advertisement, and it’s working). To top it all off, this week NASA that have circulated in the past, some of which may have been the result of inauthentic or generalized portrayals of astronauts in movies. Now that we have the official requirements clarified by NASA, let’s look at what we thought it took in the past, thanks to what we’d seen on the big screen (and in one case the small screen):

Since the first US Space Camp opened in Alabama in 1982, kids have looked to the program as a way to fulfill some part of their desire to be an astronaut, test their interest against a simulation of what it’s actually like and possibly help them to get the job for real down the line (like Space Camp alumna turned astronaut Dorothy Metcalf-Lindenburg). The movie may have raised awareness of the place for some kids. And it may have given some false hope for the impatient ones who wanted to be launched into orbit like the Space Camp attendees were on screen (including little Joaquin Phoenix), thanks to a very implausible situation involving a well-intentioned droid.

Look Like a Preexisting Astronaut
a la The Astronaut (1972)

Like in The Martian, the fairly obscure TV movie The Astronaut involves a Mars mission gone wrong that NASA is hesitant to be truthful about. One of their astronauts has died, but rather than report that and face a blow to the space program the organization, led by Jackie Cooper, brings in a lookalike to take his place. He’s not identical, so there’s some plastic surgery involved, but eventually he fools not just the public but the late astronaut’s own wife. This is also very implausible, and anyway the impostor only gets to become an astronaut in name and never actually gets to perform as one on a space mission.

One of the most famous bits of trivia regarding Michael Bay‘s disaster movie is that Ben Affleck asked the director on set, “Wouldn’t it be easier for NASA to train astronauts how to drill rather than training drillers to be astronauts?” Supposedly the actor was told to shut up, but it sure was a valid question. In the movie, Affleck’s character and his fellow members of a team of deep-sea oil drillers are brought in to help save the world from an asteroid on course to collide with Earth. Of course, the premise is totally ridiculous, especially now that to divert them from their path.

If you ask my mother, the best way to get any job is just show up to the place you want to work and tell them you’ll start at the bottom. She’d be more proud of her son if her son got hired as a janitor at NASA than the parents of Don Knotts‘s character in The Reluctant Astronaut, who are disappointed to learn that he’s cleaning up the halls of the space center rather than gearing up to go into the center of space. Fortunately for him and them, a janitor is just what NASA wants on their next mission in order to make the organization seem as everyman friendly as the Russians’.

As if that’s practical, right? Actually, beginning in 1982, there have been a number of “payload specialists” who aren’t astronauts who’ve been part of space missions. One notable example was Christa McAuliffe, the civilian teacher who tragically died in the Challenger explosion. Another example in a more realistic movie would be Sandra Bullock‘s scientist character in Gravity. So far, no janitors have actually been a part of any space missions, but if one happened to find enough money he or she could now be a “space tourist.”

Come Up Through the Military