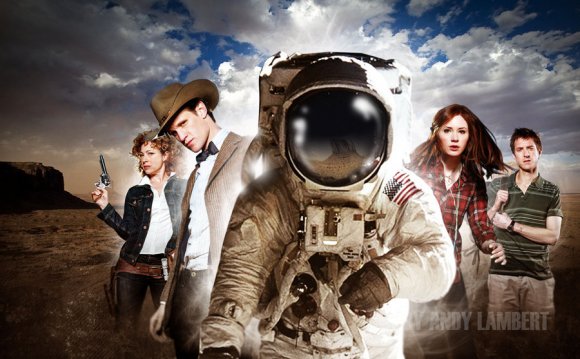 The Oval Office set was constructed at Upper Boat Studios in South Wales. Because the production crew had access to several pictures and plans of the real office, they were able to replicate it in almost every detail. The main problem for building the set was the plastering; the crew normally plaster one wall at a time for normal rooms, but because the Oval Office was round, they had to do the entire set at once. See more »

After Amy comes out of the restroom the Secret Service agent sees her phone (an unknown device in 1969) but lets her keep it. There is no way a Secret Service agent would let you keep an unknown device around the President. It might be a weapon. It would be even more likely confiscated having been called a "phone" when it clearly is NOT a phone, to someone in 1969. See more »

Following the death of former companion Elisabeth Sladen, The Impossible Astronaut opened with a dedication in her name. See more »