Picture of an astronaut 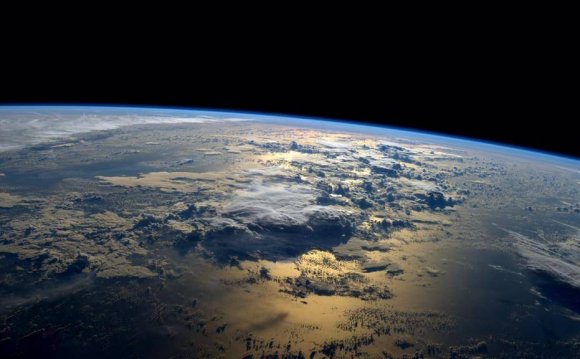 Conspiracy theorists and UFO enthusiasts have jumped on this photo from the International Space Station that was tweeted by astronaut Scott Kelly. They say that in the upper right corner, you can see what looks like a UFO.

People on the “yes this is a UFO” side of the debate include Scott Waring of the UFO Sightings Daily website. In a blog post, he said the object appears to be 82 feet long and metallic. He thinks the astronaut was sending a message about aliens. Fox News reported that others agreed, including a UFO enthusiast who says you can clearly see two lights on either end.

On the more Earth-bound side of the debate, others think it’s just part of the space station. One person on Twitter posted a detailed photo that pointed out why a piece of the ISS looks just like the “UFO” in the photo. She said the mysterious UFO is actually HDEV exterior equipment:

on the topic, one poster shared that the International Space Station’s framework that the camera’s attached to actually extends past the camera. That’s why images like this sometimes show up in ISS photos.

This isn’t the first photo Kelly has taken that’s generated buzz. A similar object also got attention when he tweeted a different photo recently:

A photo that NASA posted from Mars has caught national attention as people claim they can see an alien crab on the Martian rocks.

A photo by astronaut Scott Kelly created buzz about a possible UFO. This isn't the first "sighting" by astronauts. See more photos and stories here.

God is an Astronaut - First Day of Sun