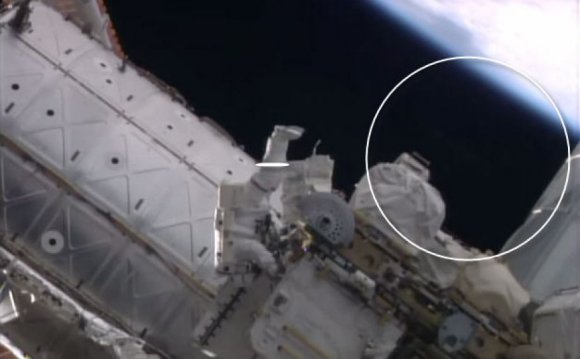 The sixth man to walk on the Moon says that pacifist alien visitors tried to create world peace by disabling missiles during Cold War weapons tests. Edgar Mitchell, who walked on the Moon during the Apollo 14 mission in 1971, told Mirror Online in a recent interview that he believes the UFOs reported around military bases during the Cold War were on a mission to prevent a nuclear war between the U.S. and the Soviet Union.

“My own experience talking to people has made it clear the ETs had been attempting to keep us from going to war and help create peace on Earth, ” he told in a recent interview.

He added, “I have spoken to many Air Force officers who worked at these silos during the Cold War. They told me UFOs were frequently seen overhead and often disabled their missiles. Other officers from bases on the Pacific coast told me their [test]missiles were frequently shot down by alien spacecraft. There was a lot of activity in those days.”

Mitchell has been an outspoken believer in extraterrestrial visitors to Earth since his return from the Moon in 1971. He grew up in New Mexico, not far from Roswell or the White Sands Missile Range, where the first nuclear bombs were tested.

“White Sands was a testing ground for atomic weapons - and that’s what the extraterrestrials were interested in. They wanted to know about our military capabilities, ” said Mitchell.

Astronauts do not see UFOs